Here are some suggestions for movies you might want to watch with your family in the Irish spirit. 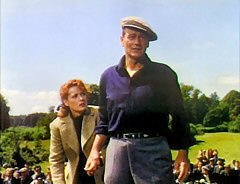 You can’t go wrong with John Wayne and Maureen O’Hara. I freakin love this movie.
Here are some quotes:
“Sir!… Sir!… Here’s a good stick, to beat the lovely lady.” (there is no wife beating, only a little wife pushing and dragging, and she earned it)
“Is this a courting or a donnybrook? Have the good manners not to hit the man until he’s your husband and entitled to hit you back.”
“He’ll regret it till his dying day, if ever he lives that long.”
Storyline from IMDB: “Sean Thornton has returned from America to reclaim his homestead and escape his past. Sean’s eye is caught by Mary Kate Danaher, a beautiful but poor maiden, and younger sister of ill-tempered “Red” Will Danaher. The riotous relationship that forms between Sean and Mary Kate, punctuated by Will’s pugnacious attempts to keep them apart, form the main plot, with Sean’s past as the dark undercurrent.” 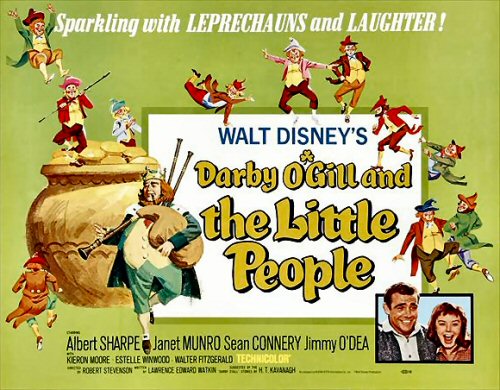 Darby O’Gill and the Little People

This is classic Disney (the good stuff from back when). Very cute and definitely worth watching if you haven’t seen it.
Warning: This is rated G but Linda said the banshee was too scary the first time she saw it.
Storyline from IMDB: “Darby O’Gill seems to be as full of blarney as any old codger in Ireland, but the stories of leprechauns he tells at the pub are true. In fact, he and the tiny King Brian, ruler of the little people, are friendly adversaries, continually out-foxing each other. Darby needs a bit of magical help from the wily king when Lord Fitzpatrick replaces him as caretaker with the handsome, strapping young Michael from Dublin. Michael falls in love with Darby’s beautiful daughter, Katie, which is all right with Darby; but the lad has a rival in a local ruffian, the son of a devious widow who wants her boy to be the caretaker. King Brian’s supernatural assistance is necessary to make everything come out all right, but the sneaky leprechaun won’t play matchmaker without a fight. Finally, real trouble comes in the form of the Banshee, and Darby will need all his quick wits to save his daughter from the wicked spirit.” 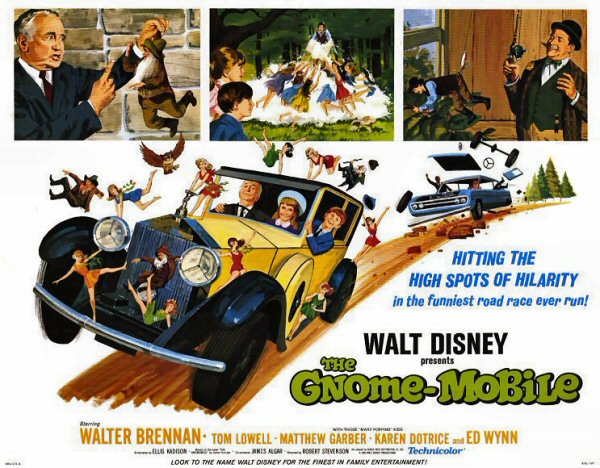 More classic Disney. This might not have anything to do with anything Irish, except possibly the old guy’s accent. But it has the kids from Mary Poppins in it.
Storyline from IMDB: “An eccentric millionaire and his grandchildren are embroiled in the plights of some forest gnomes who are searching for the rest of their tribe. While helping them, the millionaire is suspected of being crazy because he’s seeing gnomes! He’s committed, and the niece and nephew and the gnomes have to find him and free him.” 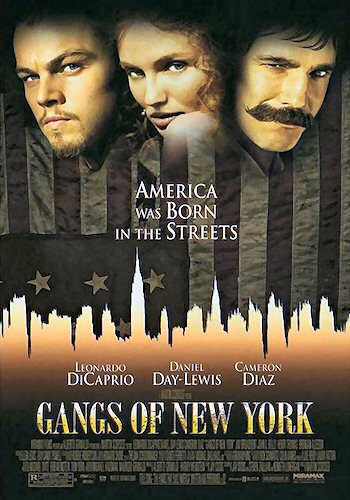 This one is rated R and definitely for after the kids go to bed, maybe even rough for adults. If you can’t take violence then this isn’t for you. It is good but gritty, like Trainspotting or Basketball Diaries. And granted, the only thing Irish in it is the immigrants.
Storyline from IMDB: “America was born in the streets. In this movie, we see Amsterdam Vallon returning to the Five Points of America to seek vengeance against the psychotic gangland kingpin Bill the Butcher who murdered his father years ago. With an eager pickpocket by his side and a whole new army, Vallon fights his way to seek vengeance on the Butcher and restore peace in the area. However this is more easily said than done.”

I would link the movies that are available to watch instantly on Netflix, but none of these are. You can always ask at your library.