Warning: Use of undefined constant WEBSHRINKER_DB_TABLE - assumed 'WEBSHRINKER_DB_TABLE' (this will throw an Error in a future version of PHP) in /home/customer/www/morewithlessmom.com/public_html/wp-content/plugins/web-shrinker-web-site-preview-link-thumbnails/webshrinker.php on line 17

Warning: Use of undefined constant WEBSHRINKER_VERSION - assumed 'WEBSHRINKER_VERSION' (this will throw an Error in a future version of PHP) in /home/customer/www/morewithlessmom.com/public_html/wp-content/plugins/web-shrinker-web-site-preview-link-thumbnails/webshrinker.php on line 18
 About Homelessness - More With Less Mom ↓
Home Menu ↓
Skip to primary content
Skip to secondary content
Home→About→About Homelessness

Advocating for the working poor and affordable housing.
Championing homeless families in NH.
Fighting poverty and its stigma across America.

My stay in transitional housing was a gift in a time of desperation.

Before I learned about the local program, the best prospect for my family of six was sleeping in our car, in February. Our landlord was foreclosed on and the flippers who bought it evicted us. It’s so difficult to express in words the anxiety and desperation that settles in when you know you have no home.

Many people live one paycheck or unlucky event away from homelessness, and we were one of the many. We live on social security disability and had no cushion to fall back on, no support network who could help.

Isn’t it a terrible thing when a mother can do everything she can, and still it’s not enough? A local charity stepped in. We were provided with shelter and many services and resources to help us.

Our struggles make us no less a family, no less worthy of permanence. (Tweet) When you are cold, hungry, sick, or tired, you can’t focus. The shelter allowed me the opportunity to concentrate on my family and my finances in a time of crisis, instead of panicking about our basic needs.

We stayed with the program through the summer, and at the end of our stay had enough money for a new place, and some life coaching and financial tips to depend on. We have moved to a nice home, with my children happy in school. Keeping families in the area, and the children in their schools, is so essential.

Providing stability while we regained our balance was a blessing beyond words. 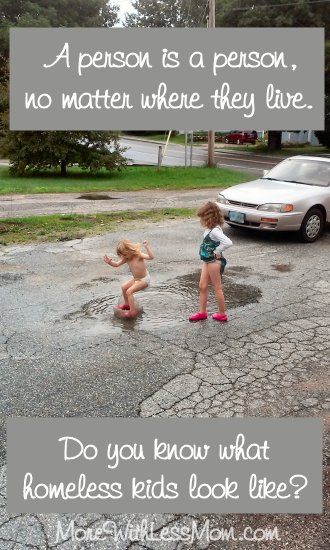 Do you know what homeless kids look like? They aren’t all pushing shopping carts around under bridges, they look just like your kids. (Tweet) In fact, odds are very good there are kids at your child’s school, right at this very moment, who are homeless. This picture was taken in the parking lot of the transitional housing shelter. Homelessness isn’t just a problem for the cities, only affecting vets or drug addicts or those with mental issues. Homelessness is a complicated issue with a wide variety of people facing this problem.

Housing is out of reach.

You can drill down at the National Housing and Low Income Coalition to see how much you have to make in your state to afford rent. 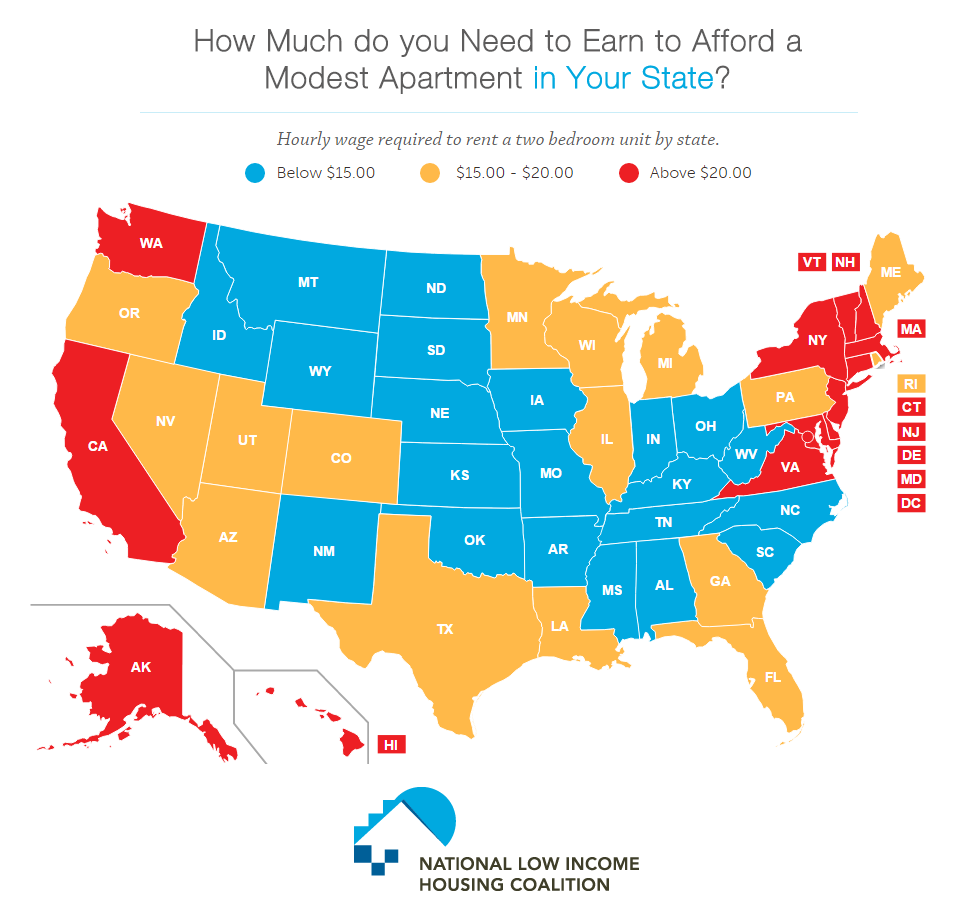 Like New Hampshire’s $20.50/hour for a two bedroom, or 89 hours per week at minimum wage for a one bedroom! (Full-time work is 40 hours, BTW, so two people working full time IS NOT ENOUGH, and you don’t have room for any children.)

Is it any wonder then, that we have whole families who end up homeless?

Where do those families go, who had that one unlucky event happen that caused the whole deck of cards to come crashing down? If they’re lucky, they go to transitional housing instead of living in their car. This is where they have a warm place to stay, and their kids can stay in their school. These charities provide stability for families in a time when basic needs cannot be met.

Dire Straits Moving: I Moved and Now I Don’t Have Anywhere to Sit

Dire Straits Moving: How Do I Eat with No Home?

Dire Straits Moving: How Do I DO Schtuff with No Home?

Dire Straits Moving: Moving with Pets (tons of cats for me)

Dire Straits Moving: How To Pack

Dire Straits Moving: Where Do I Get Boxes?

Dire Straits Moving: What Do I Do With All This Junk I Don’t Want?

Dire Straits Moving: Tips for Relocating in a Not-So-Pretty Situation – Homelessness and Other Hard Times Moves

Here are some stats for you from my pastoral state. Many people think of church steeples and fall foliage when they think of NH, not homeless people. But they’re here, in every area. With the lack of affordable housing they can’t help but be everywhere, and there is a large portion of the population who is constantly one bad day away from joining them.

*They just did the point-in-time count for 2016 in January, which is why many of these stats compare 2014 to 2015. They are still compiling the new data. Also, these statistics are taken during one day in January. My family of six wasn’t even counted in these statistics, because we found a home before another winter came.

Local charities you can feel free to throw gobs of money at: 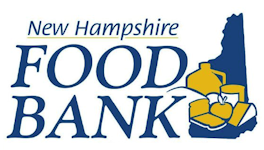 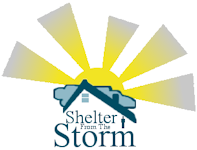 Shelter From the Storm shelter for families 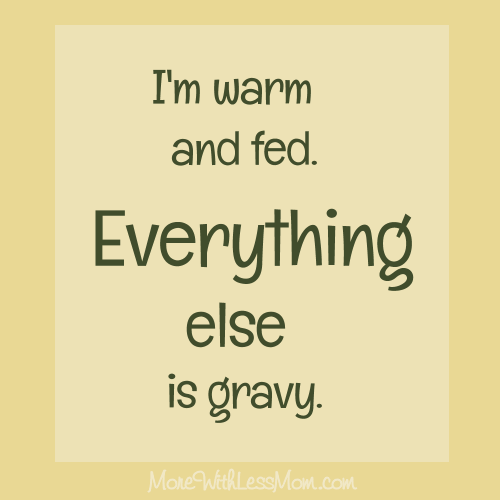